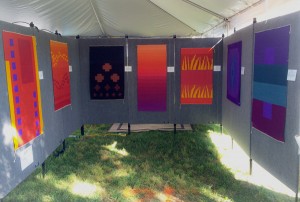 Decisions! They always have to be made, no getting around it. We’ve all heard the saying that by not making a decision, we’re making a decision. I had to make a tough one this week. Not life or death, but hard for me to do. I was accepted into the American Craft Council show in Atlanta. What a debate I had with myself!

But what really made the final decision for me, after talking to a couple of artists from the 2014 show, I just didn’t think Atlanta was the best venue for my work. I could have swallowed all those cons if I thought the venue was a good one for my work. There’s still a smidgen of regret, but mostly I’m okay with the decision.