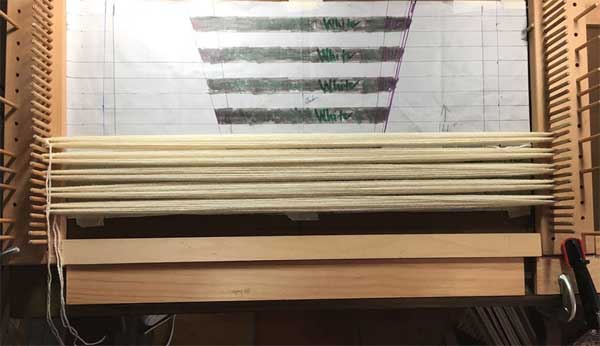 The piece on the loom was moving along at a pretty good clip–until I hit a speed bump! Section 3 of the ikat yarn was next, but it just wouldn’t work, no matter how I tried to manipulate it.

So, I got the cartoon out and compared the yarn to the cartoon, and guess what? The positive and negative spaces were totally reversed. Black was white, white was black. Believe me, I tried everything before reaching the conclusion that it would just have to be done again. No getting around it. I checked sections 4 and 5. Yes, they are correct. So, I started measuring the yarns.

The measuring and tying is done, so dyeing is next, maybe today. (I actually had a social event on Tuesday). But while not weaving on the big loom, the small loom inspiration is coming together in my head. I have several ideas to work on, including a few that go with a series I’m planning.

And then there are the clouds

Last week I was driving home after visiting my mother, when I looked up and noticed these really wonderful clouds. They were like waves across the sky, like nothing I’ve ever seen before. I took the next exit and stayed on the service road so I could take pictures. Having not mastered the panorama setting on my phone, I just took individual shots and pieced them together in Photoshop, very obviously.

Then I took one bitty section and made it black and white. 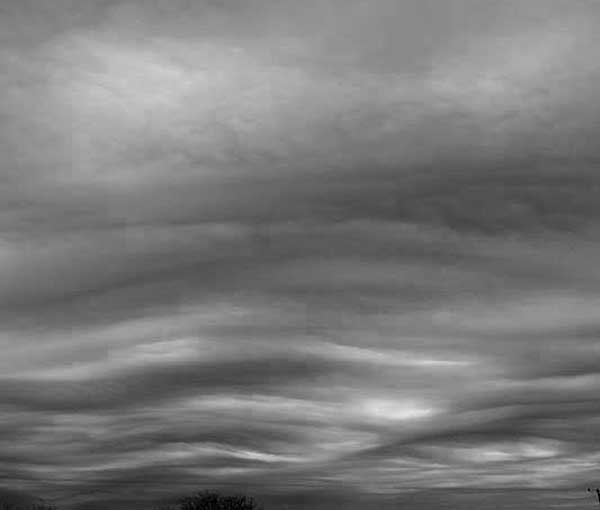 And played around with ridiculous colors. 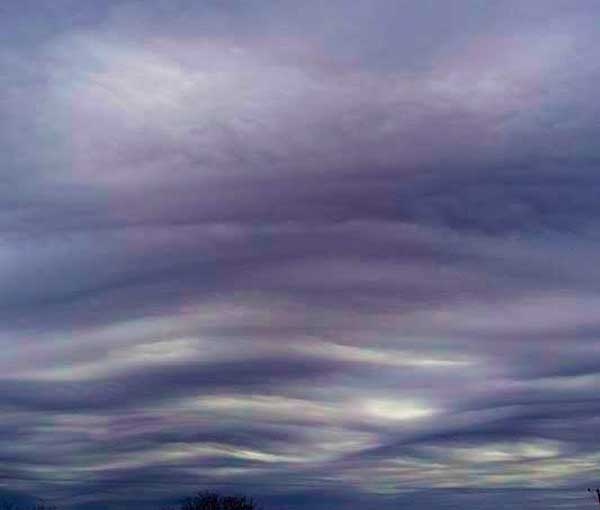 Can this be turned into a weaving? What do you think?