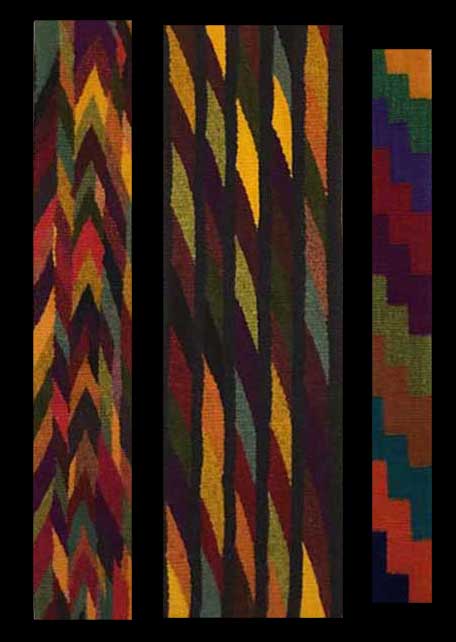 I frantically finished the three small pieces above to get them ready for the open house on Saturday. They turned out pretty well, didn’t they? I’ll probably do some more while I decide where I’m going next. These are completely freestyle, some that I don’t do often, but still the finish work is consuming. Maybe I haven’t found the right system for this kind of work yet.

So then these things happened:

–the printer stopped working, and I had things to print for the open house
–ran some errands, including getting a new printer at Costco
–came home to discover that my electric miter saw and other important time-saving electric      tools had been stolen–needed the miter saw to cut display boards
–the temporary bridge fell out of my mouth (I stuck it back in)
–after researching the Costco printer, returned it because it doesn’t do images well
–bought new printer just like my old one (it did a good job, and I had had it for a while)
–went to dentist to get temp bridge put in place again (while I was there, the permanent bridge  arrived–Yay!)
–returned printer to Costco
–bought a new miter saw

Scenes for the studio open house 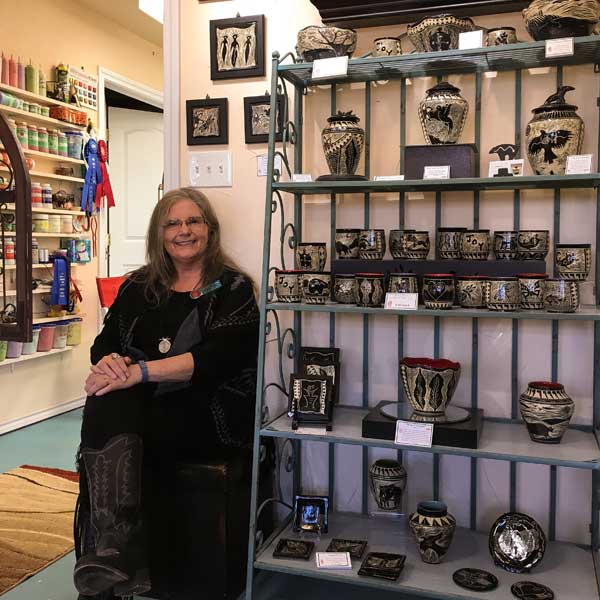 Carolyn taking a break alongside her pottery 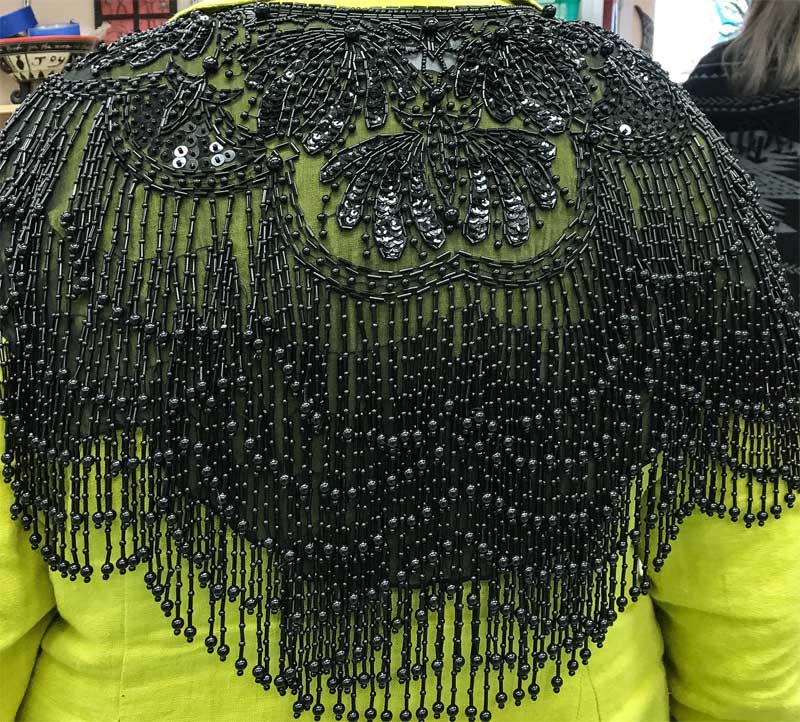