Who are the people you admire? What’s the first name that pops up?

I haven’t thought about this in a long time, but today I was listening to a recording about creative blocks. One suggestion, before getting to the actual blocks, was to be clear on what your idea of success is for you. Who are the people you admire? Used to be, that when I was asked that question, my immediate response 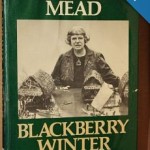 was Margaret Mead. I’m not even sure how I knew of Mead, except that I have a vague adolescent remembrance of reading something about her or by her in a magazine. Later, I could even tell you what I admired about her, even though I didn’t actually know if it was true. I admired her independence, or what I perceived as her independence.

Back to the recording–I have now added Georgia O’Keeffe to my very short list, and again, I think it is because of her independence. And again, I’m really not sure how independent she really was. To me, living in New Mexico the way she 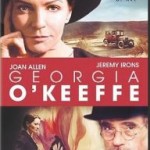 did, away from everything, persuing her art, seems independent, even though we know she had relationships and people visiting her in the desert.

Fact of the matter is that I really know practically nothing about either of these women. Maybe it’s time to change that–read a biography, watch a movie. I’ve put on my wishlist a DVD from Amazon about Georgia.

Who do you admire? I don’t know what it means that the first names that pop into my head are dead, but so it is.