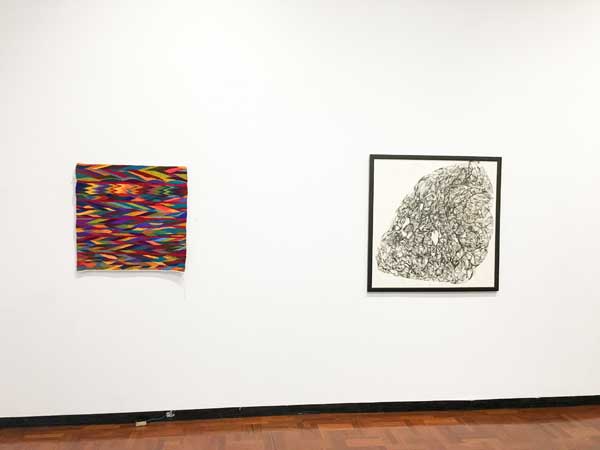 This is a crazy, busy week–storms, branches blown off trees, experimenting with my twice-dyeing ikat, guild show publicity, well, you get it. So, I’m sharing pictures of last weekend. Above is Razzle Dazzle hanging in the Texas Artists Coalition juried show.

Then there was the Denton weaving guild activity

This was really quite fun. We met in the fibers department building at the University of North Texas. I loved the huge posters of clothing they had hanging.

Below are some stencils that were used. They are still on the fabric, but will be removed and then the fabric will be dyed. The bird on the left was on wool felt, and was not very crisp when the stencil was removed. The others seem to be crisp in the bit that was looked at.

And that brings us to this week 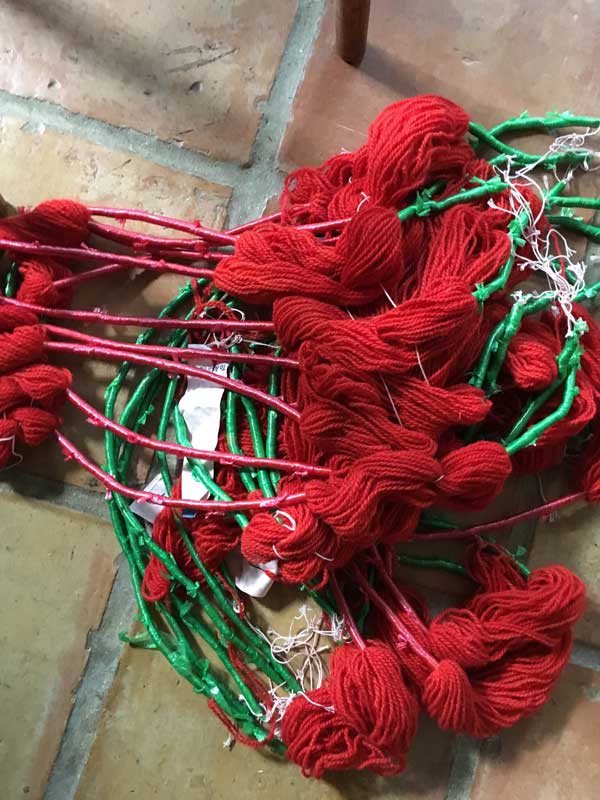 After first round of dyeing

First round of dyeing done

Under the red and green tape, it’s yellow/orange. Next steps are to tie the red/orange sections and remove the green tape. Then back to the dye pots for another round of dyeing.

Back on the boards

Back on the boards