Even my weaving is an experiment. I really should be “sampling,” but I just go all out, so weaving is not the refuge that it usually is. I took out all the weaving that I pictured last week and started again. It seems to be going better this time around. I’ve decided I’ll complete the first section and then make a decision—cut off or continue.

I told myself that I would experiment with this for three months, so giving up is not a good option. However, I could go back to only rectangular shapes until I have a better handle on what is measured on the ikat board and what actually weaves up. Hmmm…

What I’ve learned this go-round 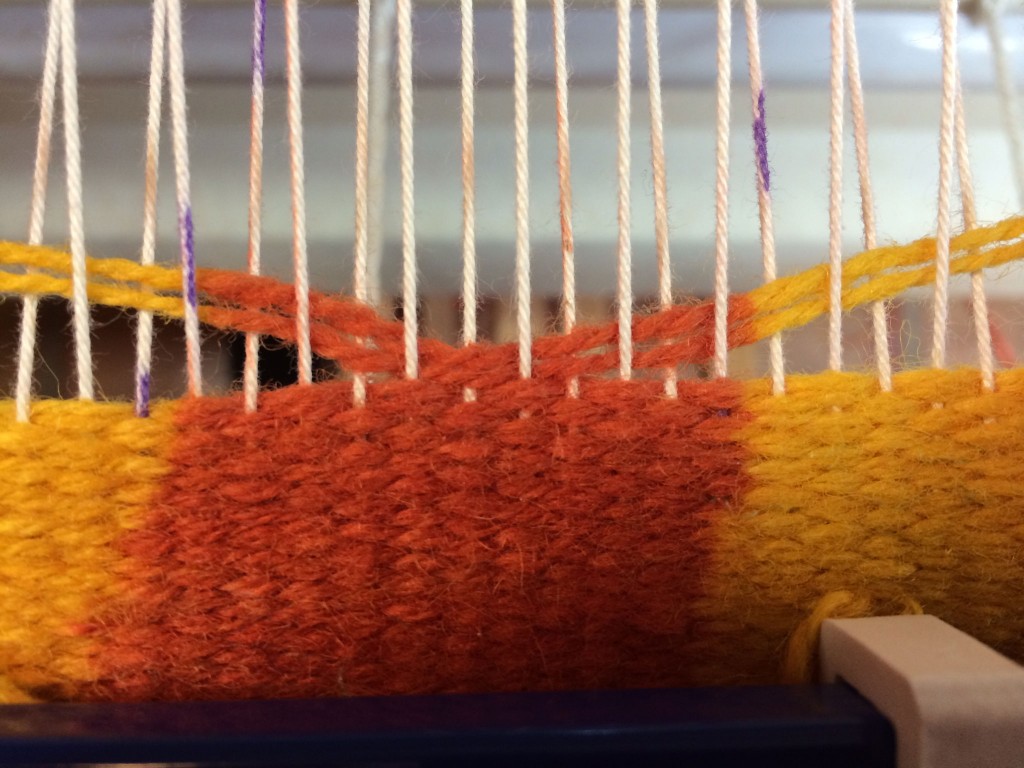 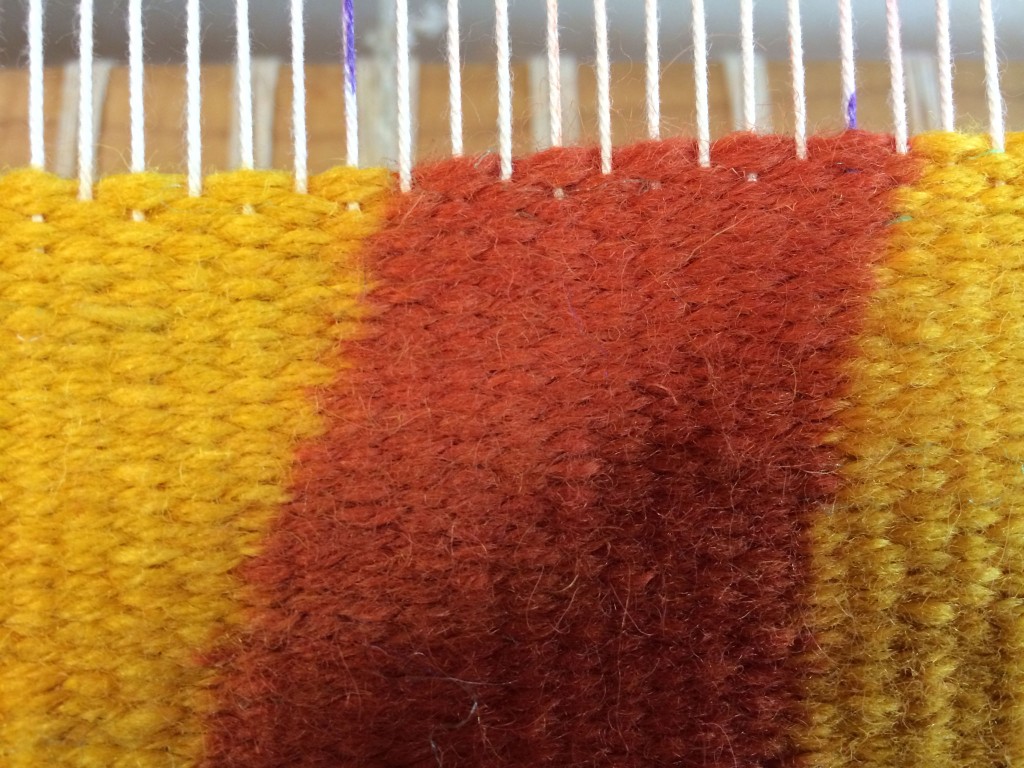 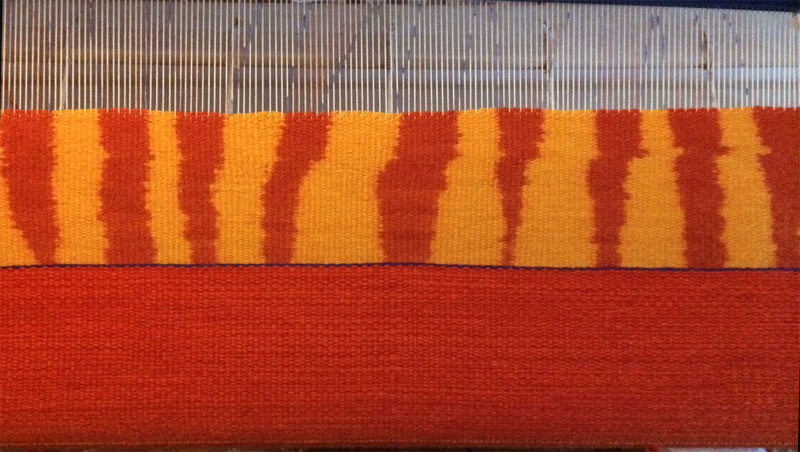 One of the things that I’ve learned is to try to center the next pick with the one before it. That means forgetting those marked warps and trying to weave the design according to those. By centering the wefts in this way, they make the shape they’re supposed to make. On the left is a section woven in this manner. Now, that doesn’t mean they’re as good as I would like, but an improvement over the bottom picture–which I took out. 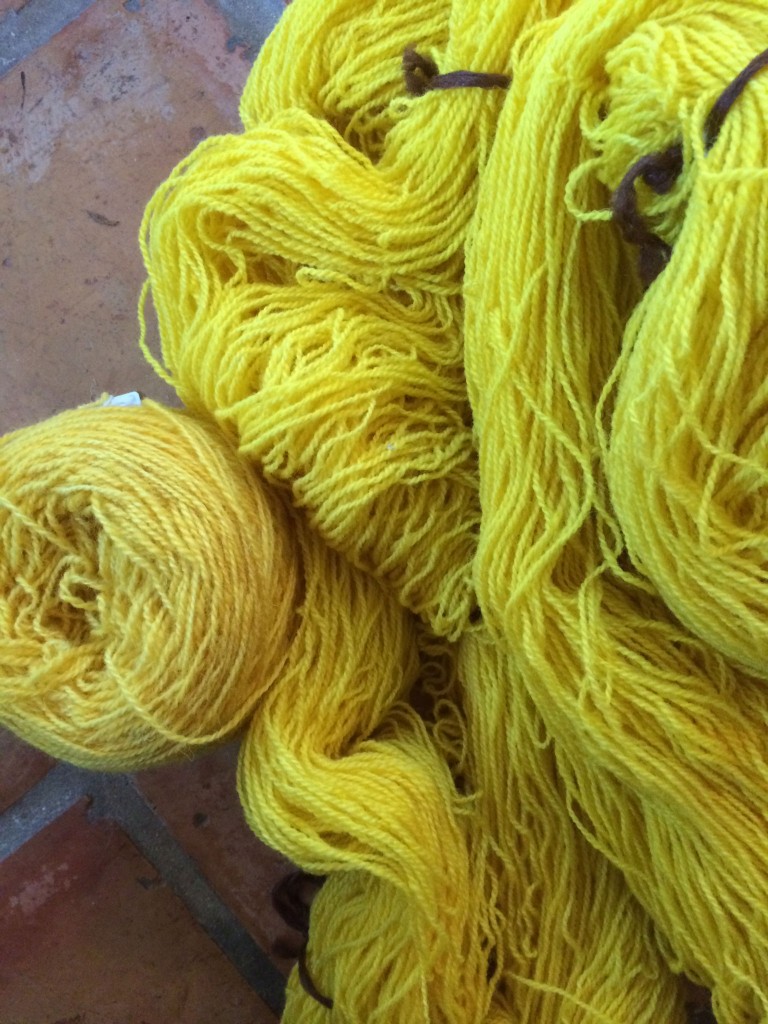 Trying all of those WashFast colors that I have is another experiment. After my initial disappointment, I’m really liking the colors. I’ll put them all in a pile and take a picture soon. Also need to make sample sheets, since the samples that I received are dyed at different percentages. Above are two yellows. The skeins are WashFast and the ball is the yellow from my usual dyes. The new yellow has a greenish cast, although not as severe as in this picture. Below is an adjusted picture. Not much better after all….just believe me! 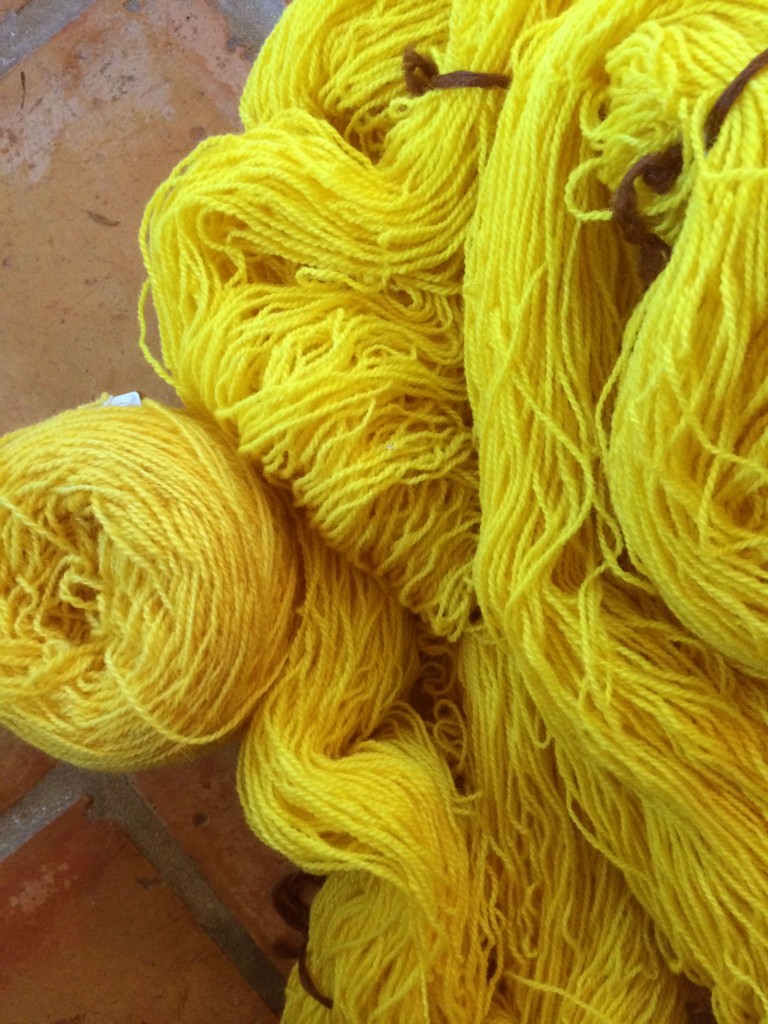 More on this later, but experimentation here also. I’m not even dyeing the other tied sections until I decide the fate of this piece.