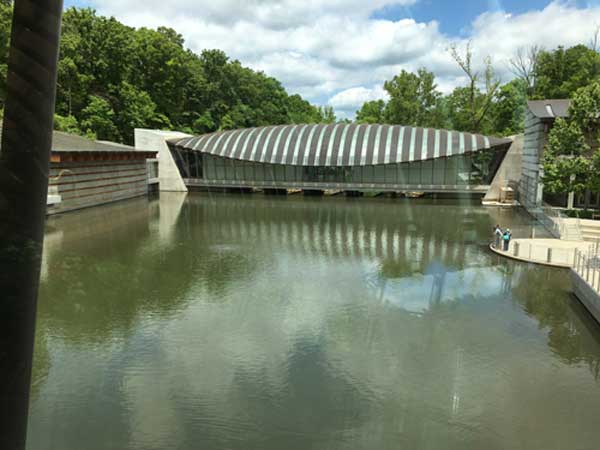 A friend and I have been  talking about going to Crystal Bridges for a few years now, then she mentioned it to another friend, and a ladies’ weekend was born. It just so happens that these friends are friends from going to school together in the small town where we grew up. Nice to have friends that have been around for that long. They know everything!

Some of us drove to Bentonville, Arkansas from Texas and two others drove from Tennessee. After all the driving, the consensus is that map programs suck! But we got there and stayed in a nice Airbnb house with four bedrooms and three baths, with a large space to gather and visit–quite reasonably priced, too.

For those of you who don’t know, Bentonville is the original home of Walmart. However, all of us were surprised to find a cute downtown area square with a park in the center. Further, Alice Walton is the one who studied art, built the museum, and bought the art for the museum. She did an excellent job.

This was the first thing we saw as we drove close to the museum building. it’s quite impressive. 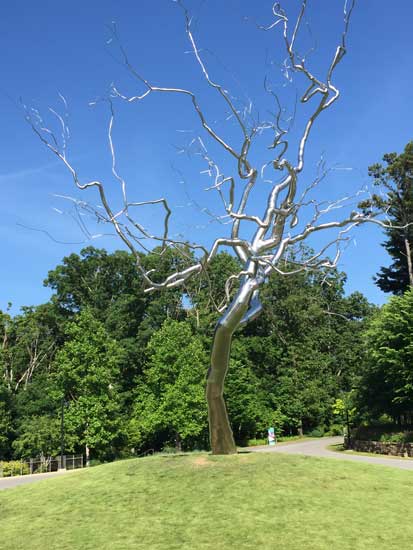 And then there’s this in the courtyard. She has eggs, hence the title. 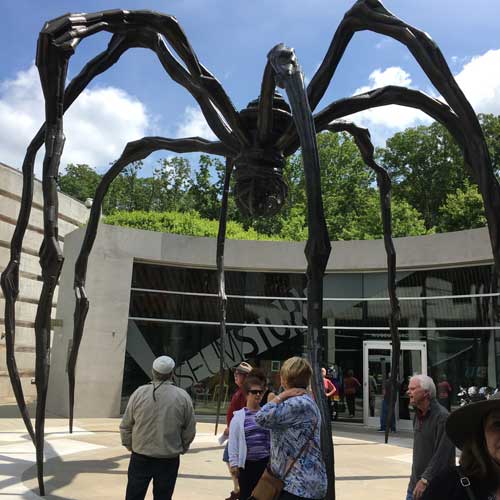 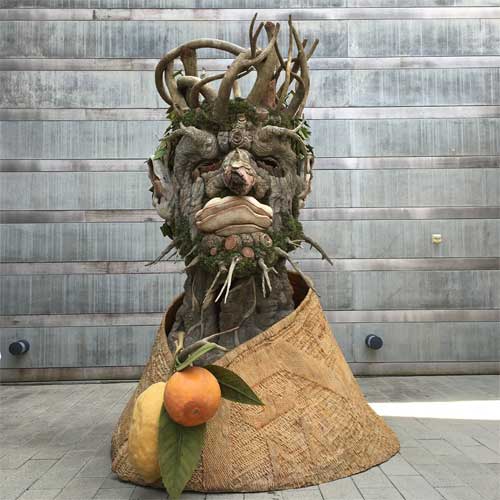 I took lots of pictures inside the exhibition area, but I keep coming back to this one. Yes, it’s graphite and ink on board. Take a look at the detail. It’s from the elbow of the woman on the right. Amazing! The image is itself so poignant, but when taken with the skill involved in creating this art, well, it’s incredible. 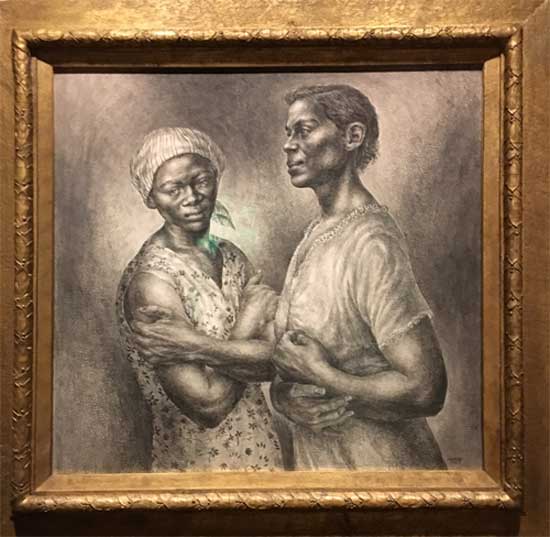 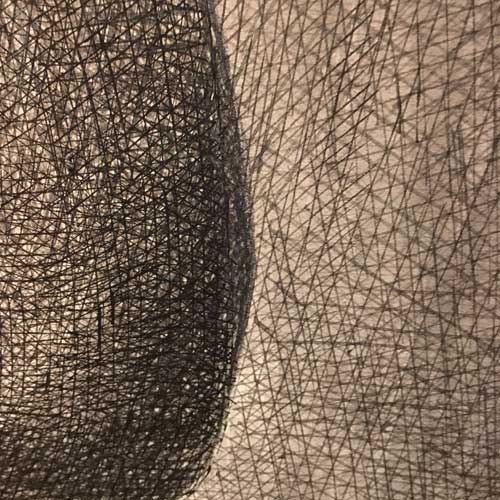 The museum is large and these are only a few of the images. I’m posting more on Instagram–gradually.