Lots of dyeing going on around here, with some very specific colors in mind. I opened my dye spreadsheet, copied and pasted all the formulas from one sheet to another, added the WOG to my, printed it, took it and the yarn to where the dye pots live, and went to work.

That’s when I discovered that when I corrected some of the formulas in my copy and paste, I put in the wrong numbers. Specifically, instead of 5% in decimals being 0.05, it was 0.5. That’s a huge difference in amounts! 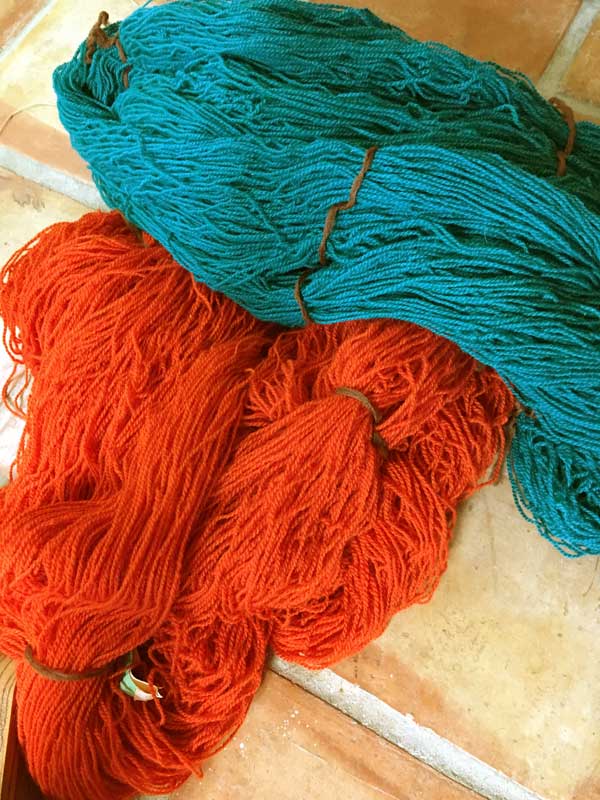 For the blue green, the larger 0.5 skewed the color, still a nice color, but not exactly the one I wanted. I can’t get the colors in the image to look right, but you can definitely tell this is more blue than blue green.

The next day of dyeing was to get the real yellow orange. It finally happened when I changed
5% scarlet/95% mustard to a 10/90 ratio. Whew!

A new batch of the corrected blue green to dye is next up. Then there is red violet and a really deep shade of violet.

It will not be necessary to reinvent the wheel for this project. I have a bit of ikat yarn already tied, so that is going to be the ikat experiment. 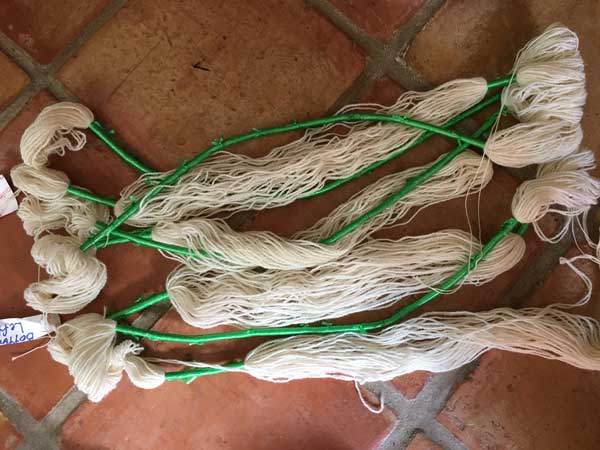 It will be dyed and untied, 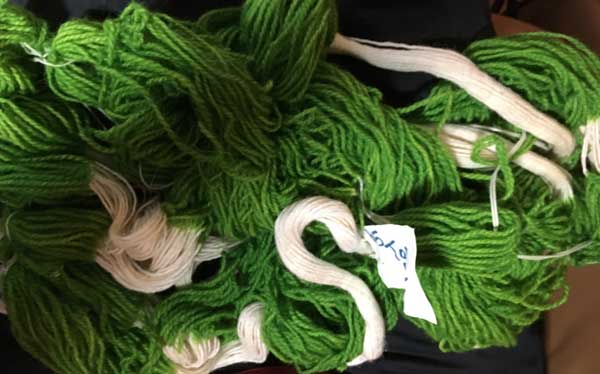 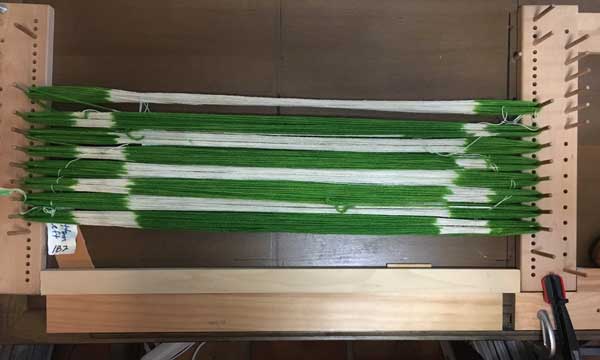 and then put back on the board. Then the green parts will be tied, and the white parts dyed again. I will probably leave parts of the greens untied just to see what happens to that color when it’s overdyed with another color. Stay tuned…

What happened to weaving?

While the dyeing is going on, I need to retie the warp and maybe increase the width. Once the blue/green is ready, I will ball up all the yarns and start. Maybe I’ll weave two narrow pieces at once. Hmmm…..

I’m kind of overrun with greens now, after the overdyeing experiments. How should I use them? Any ideas? Or maybe just sell them because they are pretty greens. 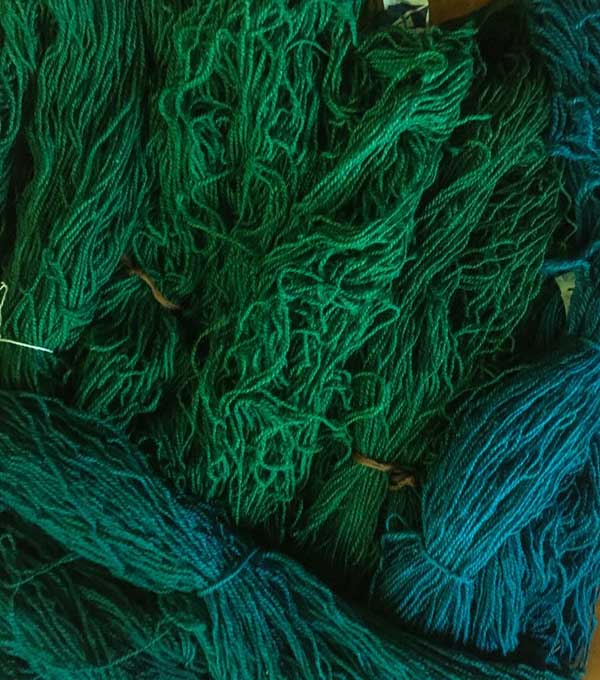