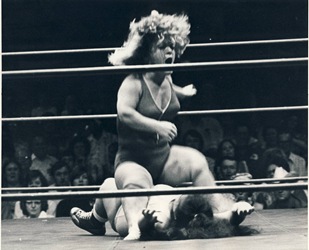 Saturday I took a break from my hospital duties and went to the camera class that I had signed up for at out locally-owned camera store. It was called Buttons and Knobs, and was about all the confusing mass of who-knows-what on the Nikon D90 camera that I bought. We got a review of f stops, shutter speed and ISO. Actually, ISO was probably not a review, but something brand new, arriving with digital cameras. There was a very nice handout that showed the correlation of f stops to shutter speed and how if you change one of those, how to change its counterpart.

More moons ago than I can count, I took a photography class in one of those between-semester-three-week sessions. Besides art history (which I loathed!), this was pretty much the only art class I had, since I was a Spanish/Education major. The photography class was full of art majors, who promptly informed me that taking this class was really going to mess up my grade point because no one in art classes got an A. Each student was given a key to the darkroom and assignments. I don’t remember much about any lectures—if we had any—but we must have, because I have a vague memory of being confused by         f stops and shutter speed. This was waaay before digital cameras.

The first assignment was simply “windows.” Assignments such as that one really make one be more observant and thoughtful. I had never before noticed so much about windows, from the style, to the shadows, to the displays and posters in the windows. Other assignments were self-portraits as a member of the opposite sex and as inanimate objects, and pictures (with essays) that we would take to prison with us for the rest of our lives. All film was black and white, which we developed in the university darkroom. However, embarrassingly, the highlight of the class for me was a trip to the Northside Coliseum, where “wrasslin” was held. The instructor for the class, a photographer from England, loved one of my prints. He helped me project the negative on the wall to photographic paper so that I had a poster of two of the female wrestlers. They are shown at the top of this post, although it is not that particular shot.

Those types of assignments were very thought-provoking and might be good ones to give myself as a tapestry weaver—kind of a variation on a them idea.

One thought on “F-stops, shutter speeds, and other easily forgotten camera stuff”