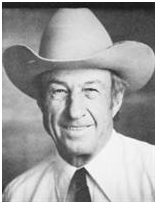 My father was born in 1920, one of eleven children. He grew up in the hard times of the Depression; he worked hard all his life, and provided well for his own family of five children. He left home at an early age as part of the Civilian Conservation Corps Basically, this was the first time he had been away from home, unless you count going to Arkansas to bring his father’s body back for burial. With the CCC, he traveled to California and finished his CCC committment in Texas. Until the Parks Dept of Texas started interviewing men who had participated in this program, I did not know many of the details, just that he had participated in the program. In the interview, you could hear the tears in my father’s voice as he talked about his experiences. He was very thankful for this program because he learned new skills and could help out his family. The “boys” (and they were really young, most of them) got to keep a few dollars, and the rest was sent home to help the families. Here in Texas there are many outstanding projects from the program still in use. The Municipal Rose Garden in Fort Worth is a good example of one as are many of our state park facillities.

Amazingly, my mother, an only child who had graduated from high school at 15, was allowed to take the bus and travel to Corpus Christi (where he was serving in the Navy) to marry my father when she was only seventeen. I simply can’t imagine that now, but it was wartime, and my mother’s parents realized what a responsible man my father was. For his part, my father looked upon his father-in-law as a father. My parents later returned to their “home” area, and my father started a business. My parents were married 66 years.

All of us (we were a family of four girls and one boy) were expected to go to college. We were all made to feel that we could do whatever we wanted to do, and that hard work was what made one feel good. He was so proud of his children and grandchildren.  For me, the knowledge that I could do anything is probably the most valuable gift I have received from my father.