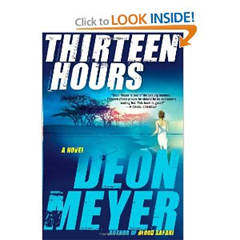 This is what I have been reading lately. I found it very interesting because of the setting, South Africa. The culture of a country finding itself in a more integrated world and the language itself would make this a good read without the plot. There is even a glossary included in the back for all of us non Afrikaans speakers, to say nothing of the various tribal languages. For me, it was all engaging: the plot, the characters, and the culture. I had no idea that the racial intricacies were so important.

The past week has been very eventful and somewhat difficult (more about that later), so not much weaving and/or finish work has been done. The coming week should be somewhat better, although two days are already filled to capacity—one with fun and the other not. However, I did sit down at my loom on Saturday, and many inches were woven. The dyeing for this project was probably more fun than the weaving will be. The yarns will not be new to anyone by now, but I still like looking at them.