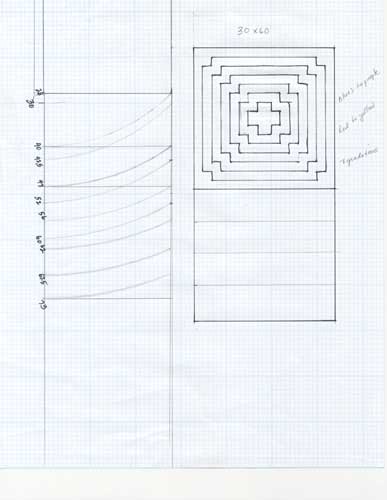 I seem to have a mild obsession with the cross shape, a shape that’s been around long before it became a symbol for Christianity. Of course, the shape I am mostly talking about is not a Christian cross, but just a cross. However, even that basic shape has many iterations.

al Armed Cross – The Equal-Armed Cross, also referred to as the square cross, the balanced cross, and the peaceful cross, is a name for the Greek Cross when this is found in ancient cultures, predating Christianity. The equal armed cross was well known as a sacred symbol. It is often interpreted as representing either the four seasons, four winds, four elements, or some other aspect of physical nature.

An equal-armed cross (often within a circle) represents the planet Earth in traditional astrological-astronomical symbols. The cross could also be used to represent the natural union between male and female.

As I’ve researched ancient symbols (I’m also very fond of the spiral), I ran across Brigid’s Cross. I’m especially fond of it and would like to experiment with a variation of it.

A lot happens between the drawing board to the actual weaving

As you can see from the above drawing of a dynamic rectangle, I was experimenting with a version of nested equal armed crosses. The actual cross drawing was scanned into the computer, where I was able to play around with color. 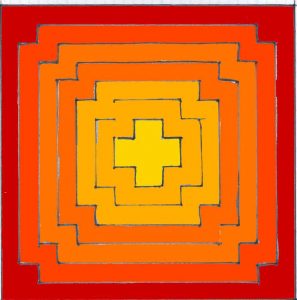 Below is the actual result of the weaving. I don’t remember about adding the purple stripes at top and bottom, but I do remember about the stripe in the middle. My mind kept saying “crossroad” in my head, so the “road” was added. 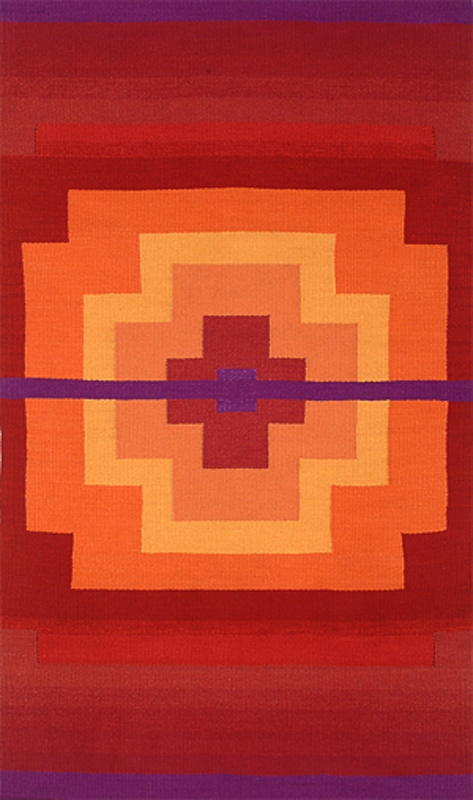 Why this discussion now?

As I said, there seems to be a mild obsession with this shape. This nested cross then morphed into bunches of individual crosses, all equal armed, but the nesting idea continued to incubate. Next time, more of the individual crosses, and later, finally, the nested version of right now.