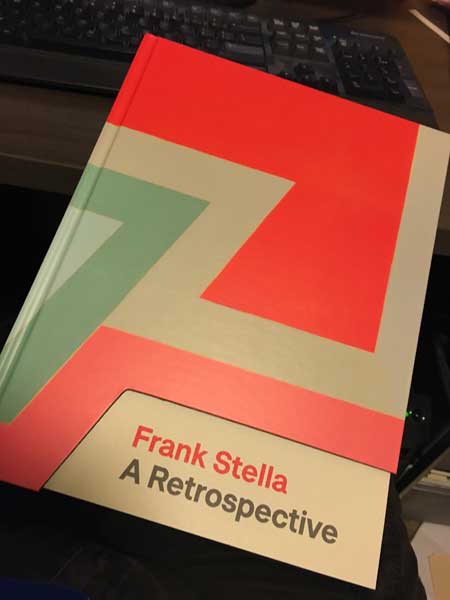 FRANK STELLA: A RETROSPECTIVE opened on April 17 at the Modern in Fort Worth. The members’ opening reception was Friday, April 16. Although it started at 6:00 pm, I arrived early because I was concerned about parking. I am so glad I did! The curator’s tour of the exhibition was in progress and was very educational. I have found that when you learn more about a particular piece of art, I can enjoy it more, even if it’s not exactly a favorite. A curator tour is not always available, but a docent tour usually is, with a bit of planning–note to self.

The exhibition is organized into several rooms, sometimes by the type of paint used, sometimes by series–or maybe those are both the same thing, as in the copper series. The Moby Dick series is in a room which can also be viewed from above. In these pieces there is a general feeling of water, which is more evident standing in the room above. The Copper series is in another room. (And as an aside, our group was told that Stella used to have to paint the hull of the family boat with copper paint.) He also used Benjamin Moore paint for a series. Also, look Jasper’s Dilemma, one of his larger Benjamin Moore paintings. It is made up of concentric squares, which draws the eye to the center, but look at the surprise when your eyes get there.

Below is a picture from the book with small Benjamin Moore paintings. 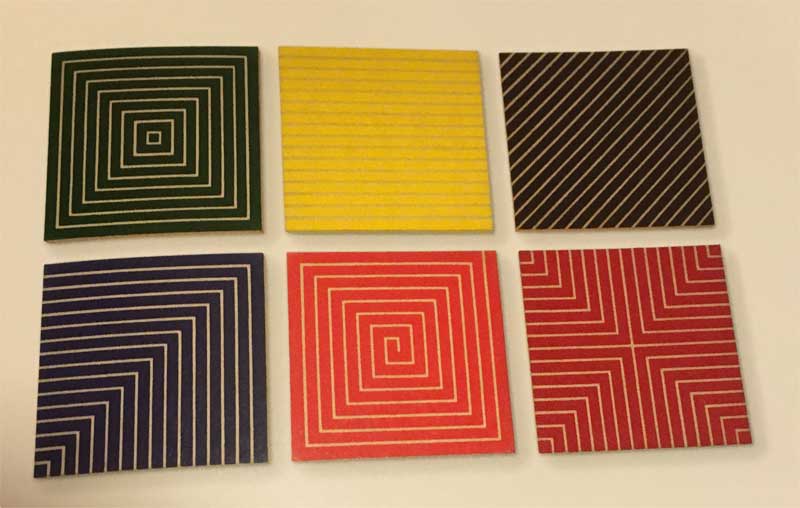 Small group of Benjamin Moore paintings. Each is approximately 12 x 12 in.

Frank Stella’s work is colorful and have interesting shapes that draw the eye, but I even like the black series. Maybe the main reason they are so appealing to me is they make me want to immediately get to my design desk and start drawing. And as a girl who discovered that she owned seven protractors when reorganizing the office, how can I resist a series called Protractor?*

Process is also fascinating to me, so I was pleased to find several plates of studies and maquettes for his various series. All of the pictures here are ones that I took of some of the pages of the catalog of the exhibition. There were no studies for the Protractor series, but MOMA has some online here and here. A whole page of studies and maquettes can be seen here. 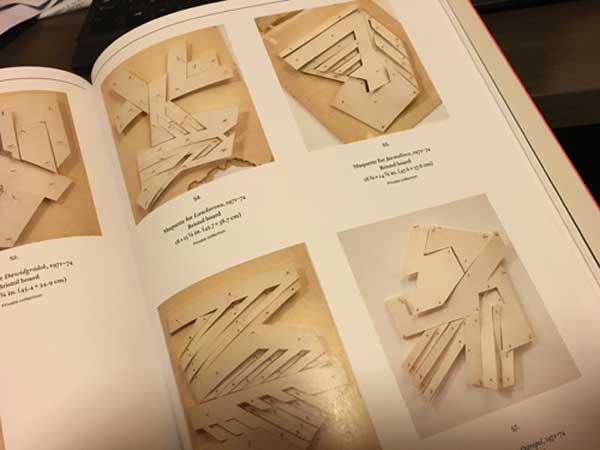 Images of the Irregular Polygon series can be seen here. 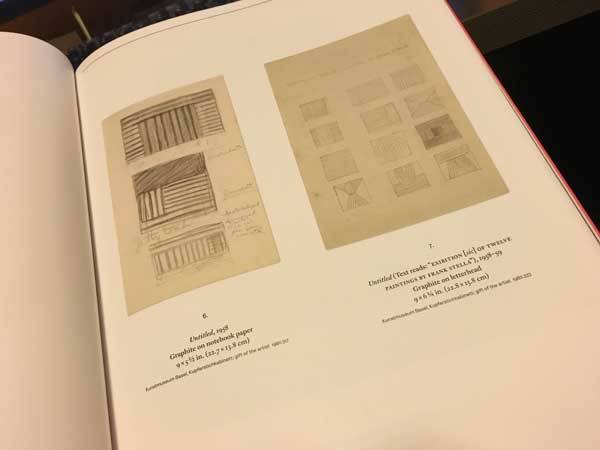 Studies from the exhibition catalog 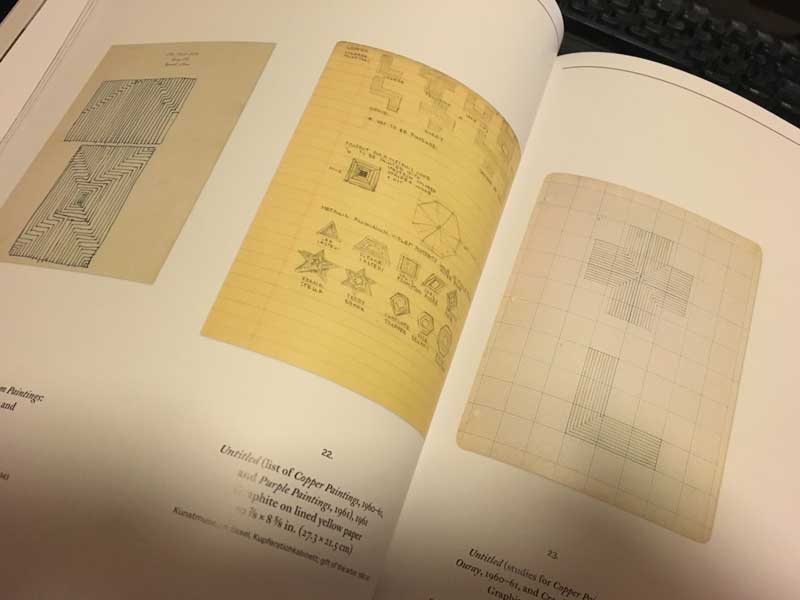 Studies from the exhibition catalog. I love that he uses notebook paper and graph paper! I have a whole drawer of graph paper. 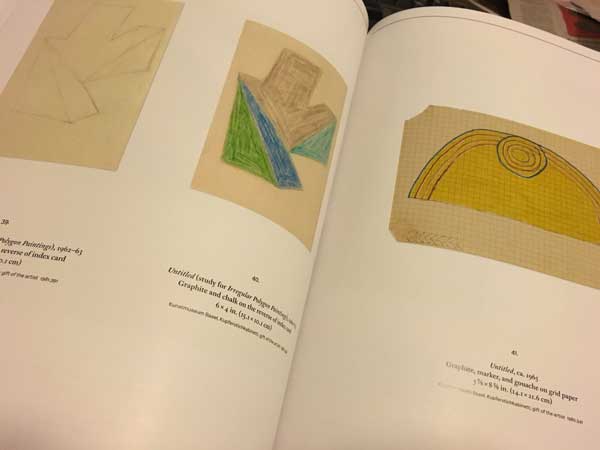 There is also a large selection of sculptures in the exhibit, not my favorites, but when you know a bit more about the work, they become much more interesting. By the way, we were told that Stella calls them paintings. When you look at those huge pieces, you can see why he would need the large, one acre enclosed studio space he has in upstate New York. Yes, one acre!

I found some great interviews or articles about Stella. One of my favorites is this one from the Wall Street Journal. In fact, WSJ has several articles about Frank Stella,  here and here. Which reminds me, that I enjoyed reading the titles of the pieces, and there’s an article about the wacky titles. Also, if you’ve never checked out WikiArt, it’s worth the effort. They also have an app (for that).

*I use protractors as part of the design process because of angles. Certain angles can be woven as smooth lines, while others will be stair-steppy. I like to weave smooth lines, so use the protractor to make sure the angle is one that weaves smoothly.