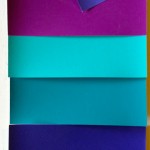 The colors of the piece that needs its finish work finished. 😉

Friday did not go as planned. Nor did Saturday. The plan had been to finish the finish work, take a picture, and plan for September. Instead, events went differently than planned, starting on Friday, and ending (I hope) Saturday afternoon. 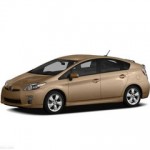 My car is a 2006 Prius, which I love. There have been absolutely no problems (knock on wood!), even though it’s got somewhere around 130,000 miles. It’s been to NM several times, and lots of other places. And now for the saga….

Friday, after leaving a yoga class, the car showed an unusual display, but I thought that I had not done my usual whatever-it-is-that-I-do before starting the car. Move forward to afternoon…I take my mother to the doctor, we go back to her house, I work on her computer issues for a while, go outside to leave, and I can’t get into the car. I thought it was just my key fob needing a battery, so I called the Toyota folks, they directed me to remove the emergency key and unlock the door with it. When I started the car, I got that same strange message from the morning, so I called the service department again. They told me that the message sometimes comes on when the battery goes out and that I should get a jump charge. Jump start? That is the first time I had heard of a second battery! A starting battery! After the jump, I was able to drive home. I backed the car into my carport, you know, just in case. Yep, next morning it was even deader than the day before. My driveway is almost invisible from the street, a kind of country narrow gravel kind of thing, with trees on both sides. Two service tow trunks later, my car was jumped and on the truck to get its new battery. An expensive weekend, but if you amortize the expense over the 7 years of life the battery gave me, not very expensive at all.

Sunday was then devoted to the finishing, steaming, photographing, planning for the next week, and NOT going to the movie at the Modern Art Museum. Oh, and laundry, the usual housework, etc. I am already behind for September, but hey, I am taking yoga again!