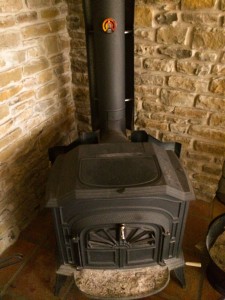 The stove has been working over time in the studio

Yes, it was 29° here yesterday. Yes, I did some dyeing. Yes, my brain must have been frozen because I really messed up this session. Instead of the sort of ochre color I was aiming for, I weighed my dyes without changing the weights back on my scale. That means instead of putting in, say 1 gram of magenta, I put in 11 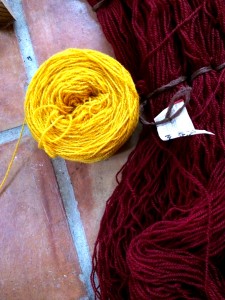 grams. Not really a disaster, but I needed the ochre color. So, to try and spread the dye love, I added two skeins that were already dyed mustard. I can’t tell that it made much of a difference. 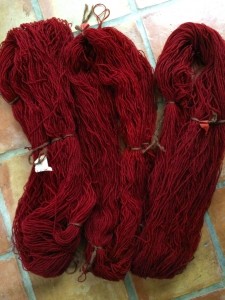 The two on right were mustard

So now I will rethink my plan for the next weaving. At least I tied on the warp and am ready to go, and I got out the small loom to prepare for warping. I made a spreadsheet for the warp calculations–I was probably trying to delay the warping, but it does come in handy, and I don’t have to reinvent the wheel. 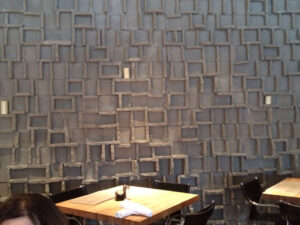 natural dyeing program. It is of the wall in the restaurant where we went to lunch. I love the patterns and texture of this wall. What do you take pictures of? Patterns? Colors? All of the above?

If the ice on the streets disappears, I will go out and get a saw and miter board. An experiment to see if I can make better cuts.