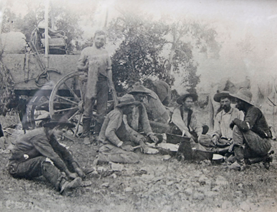 An integrated cowboy crew at mealtime on the Merkeson Ranch in Texas in the 1890s. 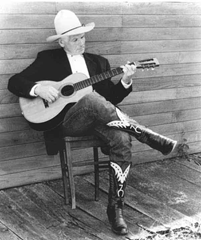 When I saw this article pop up about cowboys and their songs, I was interested. After all, I live in cowboy country and close to a city that calls itself Cowtown. Don Edwards is mentioned in the article along with the White Elephant Saloon. I have to admit, I’ve spent a lot of time in the White Elephant Saloon on the “northside.” For the tourists, that area is called the Stockyards, and indeed, remnants of the stockyards are present today, along with wooden sidewalks and old remodeled saloons. I can remember many, many years ago when that area was a high-crime area and seeing a man staggering on the sidewalk with a knife wound in his side. Now it’s safe and is the go-to place for locals and tourists. Of course, the locals are more the college kids, and I passed that long ago! If you visit the page, take a listen to the songs there by Don Edwards. If I remember correctly, Don is originally from New York, came to Texas, and began his study of the cowboys songs and their history. Below is a quote from his website.

An historian, author, and musicologist, unusually wee-versed in cowboy lore and musical traditions, Don brings a rare compliment of knowing and loving his craft. Mostly though, there is the soul of a poet; a man who has never succumbed to the temptations of presenting a glamorized or romanticized version of the West.

And since I usually write about weaving, while looking for songs by Don Edwards, I found this one called Navajo Rug by Ian Tyson. Frankly, my only interest in listening was the title, although I am familiar with Ian Tyson. He does a nice job. 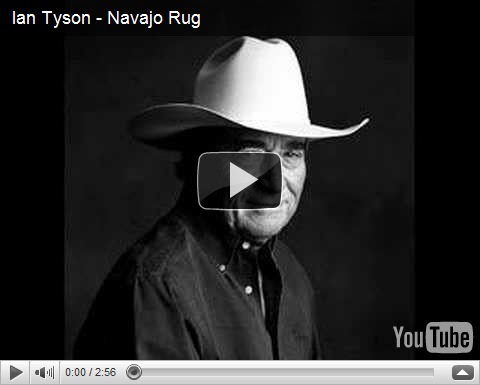