I don’t get out much, so I’m easily impressed. Not really, but I had time to kill before my haircut appointment, so I wandered around in Joann’s yesterday. My intention was to see if I could find a barrette to attach some beaded embroidery to and to see, if by some strange chance, if they had some silk to dye. Lucky me–I found both! But on the way to the silk, I saw these fabrics and could not resist pictures. 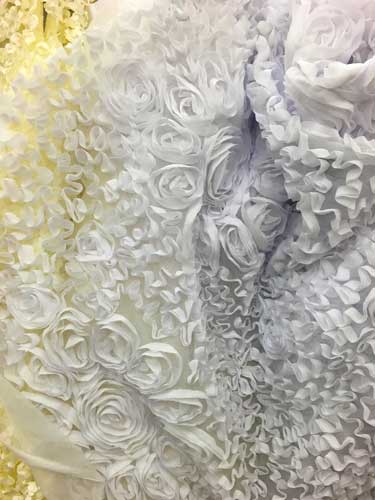 Two types of “flowers” in the same fabric 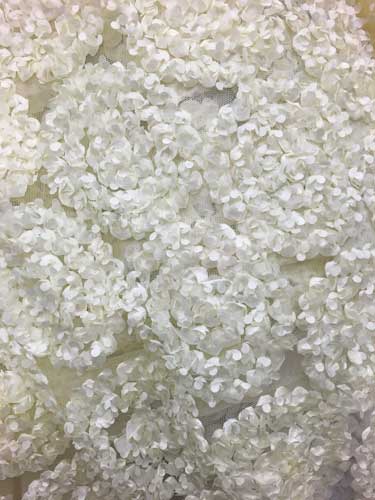 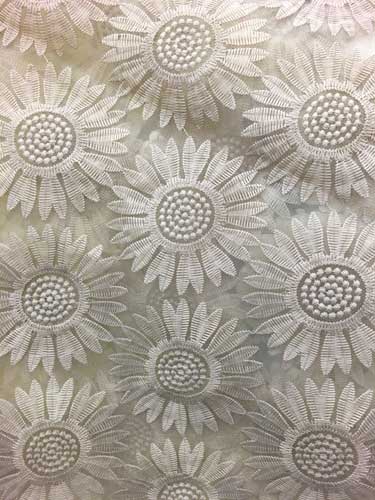 I guess these must be for weddings, but who knows. So, we go from the sublime to right across the aisle and the ridiculous. For some reason this struck me as an interesting juxtaposition. 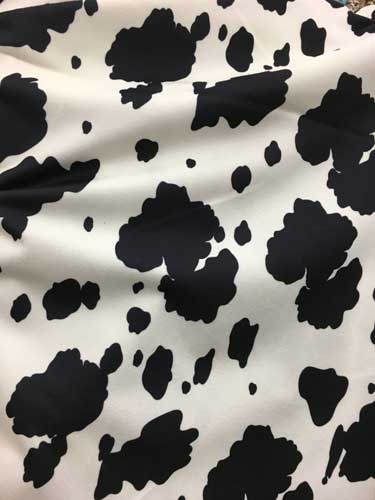 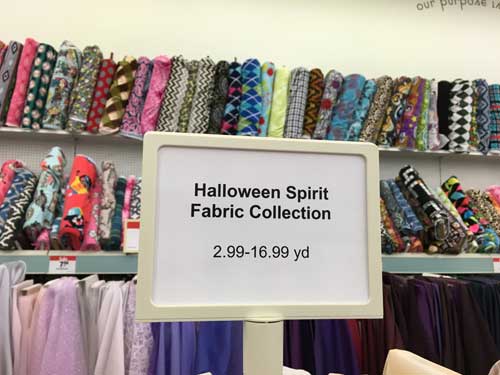 I did find some silk dupioni. There was some confusion though because the bolt had one price and the sign for the section said 30% off. When I asked the cutter to check the price, she brought up a price that was $5.00 higher than the one on the bolt. She gave me the bolt price, though, and cut me two yards. I took a picture of the bolt end because I began to wonder if anything on the bolt is truth. But the good news is that with a coupon, I got the two yards for the price of one! 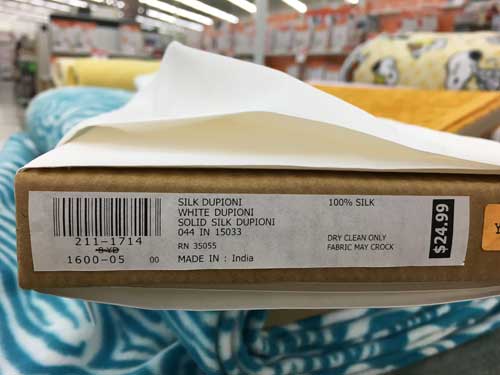 As to the wallowing I’ve been doing–it has stopped. It’s time to end this and get going. The studio is cleaned of its bits of ikat tape and yarn. The warp is out and waiting for me to start measuring. Now if I could find my newspaper in an accessible place each morning, life would be good. Oh, and if the coffee pot was still alive. Guess I’ll just have to adjust!