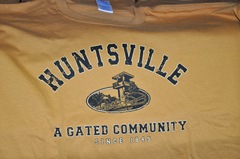 Between Fort Worth and Houston lies the town of Huntsville, the headquarters for the prison system in Texas. We decided to stop in Huntsville for a walk around the square, reading historical markers (it seems that Sam Houston spent a lot of time there), a drive by the Walls unit, and then on to the prison museum.

The prison system of Texas was set up only three years after gaining statehood and the Walls unit (as it is called) was opened in 1849, just four years after statehood. Amazingly, it is located near downtown Huntsville. It currently does not serve as a regular prison but as the location where all of the executions for which Texas is famous take place. It is also where prisoners who are scheduled for release go before processing out.

For me, the best part of the Prison Museum is the tee shirt at the top of this post. Even though I usually really like history museums, I didn’t enjoy this one too much—maybe the theme? Included in the exhibits were famous prisoners, weapons made by inmates, a whole kiosk about putting an inmate to death, and a picture wall of murder victims. Frankly, I didn’t even look at the all exhibits. I certainly have no desire to find out more about how an execution is carried out. If nothing else, seeing this museum, and the accompanying video, makes me want to lead an exemplary life. Prison would be a grim existence. The lack of privacy all by itself would do me in without the noisy wake up call and breakfast at 4:30!

Below are some pictures from the visit. I’m loving the new camera! 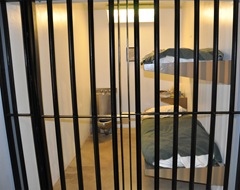 A typical cell. Visitors can go inside and have their pictures taken. 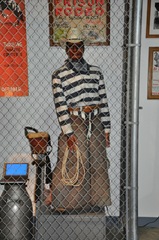 A prison rodeo used to be held yearly for the month of October. I think it stopped in 1968.

“Old Sparky” was made by inmates. 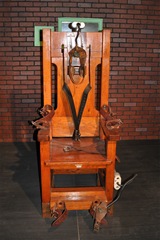