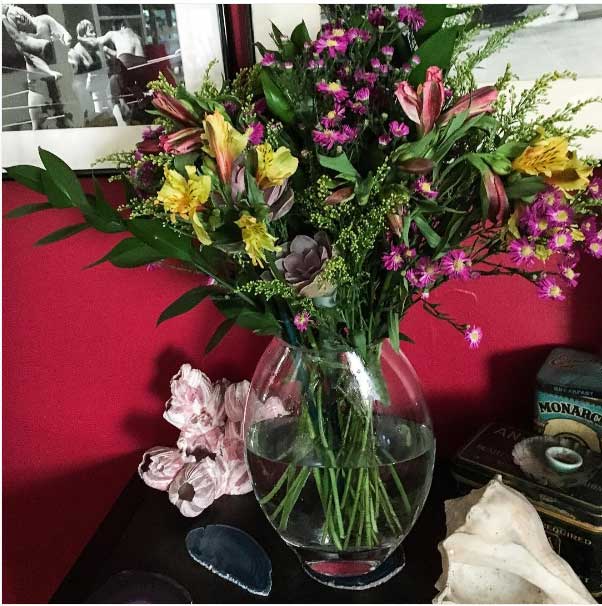 flowers from my daughter. Don’t you love the juxtaposition of the flowers with the wrestler photos?

These flowers arrived via FedEX before 10:00 am. That’s a surprise in itself! My daughter sent them, and I love all the different blooms and greenery included. Good job, Megan. (By the way, my daughter was born and named waaaay before the popularity of the name Megan nowadays. She was named after a family friend, whose name was pronounced Mēgan. I can only imagine how often she hears a different pronunciation). By the way, don’t you think the wrestling photos behind the flowers are a nice touch? ;)) 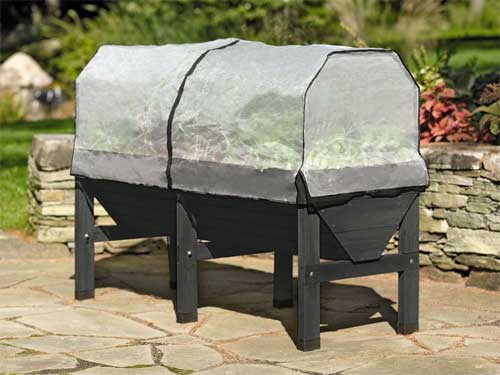 In addition, I bought myself a birthday present,

… which arrived in several big, heavy boxes. How I’m going to manage to get the thing to where it belongs, is a different story altogether. It’s a waist-high 70-in planter, which I know will have to be assembled. So, I will probably have to handle this the same way I did the bookshelves that I assembled–open the box and carry the pieces individually to their future location. However mine is different than the picture in that it is natural wood, not painted charcoal. I love the greenhouse cover. I want to grow vegetables! Then there will be the filling of the beast, which I am told, will hold 380 quarts of planting material. Why do they give this in quarts? I will have to look this up and see what it translates to in big bags.

And then there was this

When was the last time you actually celebrated a birthday? For me, it’s been a really long time. Sunday was our family spice dinner. This dinner was Parsi, a group of people I had never heard of before. This was one of the best dinners we’ve had, well except for one of the dishes. Here’s the list: 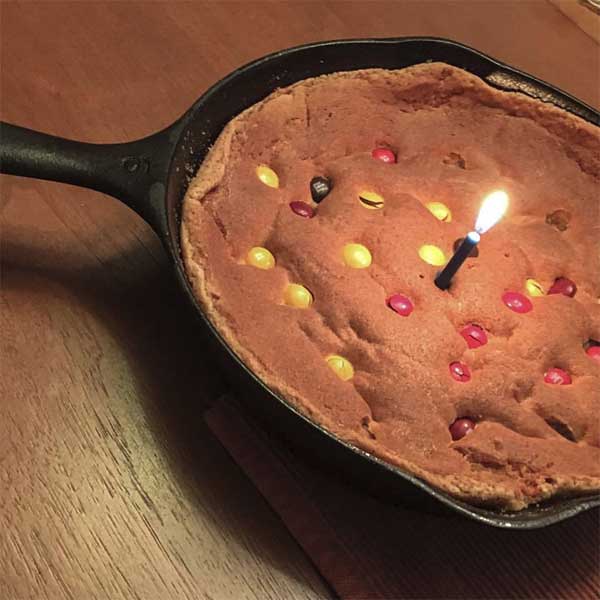 But, after dinner I was surprised by my sister with a birthday “cake.” Interesting, but I did blow out my candle. My mother gave me bunches of work to do–lots of bulbs to plant. All in all, a good week. Plus, we got rain, and it’s cooler than 100 degrees. Life is good.

2 thoughts on “It was my birthday”