Interesting vocabulary in Belize, where Creole is the lingua franca, but English is spoken by everyone and is all the signage. One of the interesting phrases is for the gumbo limbo tree—Tourist Tree—called that because the bark turns red and peels. Then, there’s the Jesus Christ lizard, which I think lives in many places in Central America. Below is a YouTube video of the lizard in action. 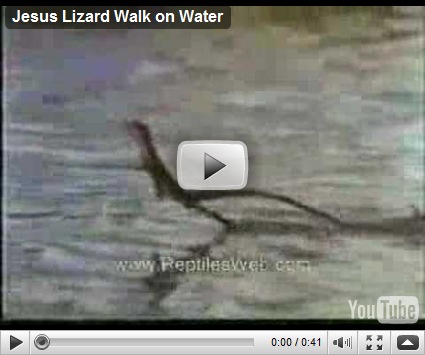 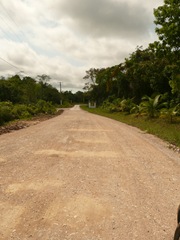 We drove on what is left of the Pan American Highway. It is partially paved in places, completely potholed in all places. This is the road we took daily to go to any other locations from our resort. It took an 45 minutes to get to the intersection with the Northern Highway, where the going was much smoother. I was worried about the daily rains and this road, but with the exception of a few puddles in the potholes, the rain was not a problem. One day we turned in the other direction from our resort to go to Orange Walk Town. There was NO pavement at all in that direction, and even though the distance was shorter, the drive was much longer and harrowing. We never made that mistake again! On all roads, even major ones, one has to be on the lookout for bicycles and children. Belize is a bicycle country. Unless you’re on a bus, another problem on these one- lane roads.

I’ll have to look up these birds later, because I forget what they’re called, except for Yellowtail. They build these hanging nests, supposedly by the male. Needs more research on my part. 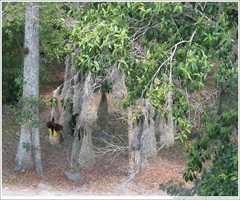 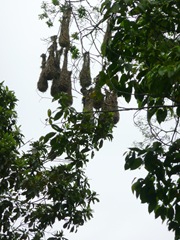 The Hibiscus Fairy came every night and placed beautiful red hibiscus flowers along the various paths where we stayed. They would be placed on the trunks of trees or all over various other plants. Each day, they would be placed in our room, on the pillows and bath towels. The place settings at dinner had one of the palm fronds as a placemat—beautiful! 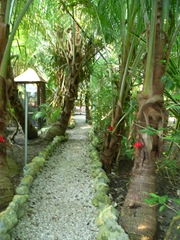 At Tikal, along the path leading to the Museo Ceramica, orchids were growing in the balustrade (I guess you could call it that). Very interesting. I would imagine they would be beautiful when blooming. Enlarge the picture to get a better idea. 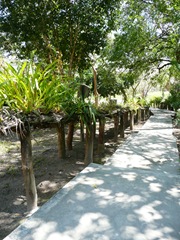 Below are two trees with bromeliads. One is the kind with very large leaves. They collect water around their base inside their leaves, where you can always find something to drink—along with the poison frog if you’re not careful. The other smaller variety have completely covered this ceiba tree. Notice the base of the tree in the bottom picture. This tree was used for many things by the Maya. 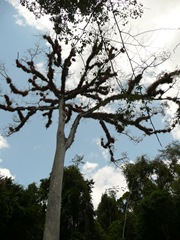 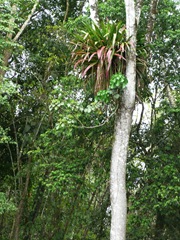 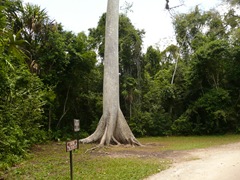 So, maybe it’s time to start thinking about weaving and art again…  It’s hard to get back in the swing of things after being out of sync for so long, but one has to start sometime. As they say, take the first step, right?