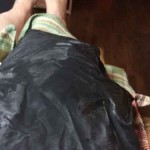 That’s frost on the ice pack.

Yep, it’s been a fun week! Somehow I injured my knee and could hardly walk–seriously, not an exaggeration. So, after looking up whether to use ice or heat, I sat with an ice pack on my knee. After 30 minutes of that, I was able to work for a bit. Then it was back to the chair and the ice.

But, I still got some stuff done. Lots of dyeing, 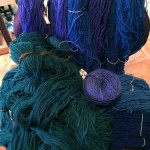 and the linen warp is on the back beam. Tomorrow I will start tying it on the old warp. This is the first time I’ve put on a long warp (18 yards) of linen. That’s a fiber that really has a mind of its own! I also discovered that my careful calculations were for naught. I thought a warp of this length would take more tubes of linen, but 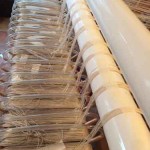 only used about half of that. Back to the drawing board/spreadsheet.

I also got a surprise on my doorstep with a book delivery. This is the third book I’ve won in the last year. Weird. This is the latest by Taylor Stevens, called The Catch. I first read one of her books when I picked 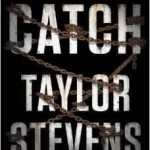 up The Informationist from the library. not really expecting much. Wow! I couldn’t put it down until I finished the book. Now, whether that’s a real testament to the book or the mood I was in… who knows?

One of the other 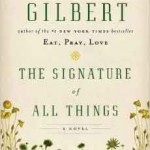 books is The Signature of All Things by Elizabeth Gilbert. Now that one is a long one, but I enjoyed it and found it very interesting because of the subject matter.