I have a friend who has been urging me to apply for the Sun Valley Arts and Crafts Festival. Applying for this event requires that one goes through all the machinations requirements of Zapplication, which means formatting your photographs, etc. After looking at the list of artists (who wouldn’t like to be in the company of this group of artists?), I applied. One of the nicest rejection letters ever arrived in my inbox. I’m not just “not invited,” I have been “selected as an alternate.” For the CraftTexas show I had to use a different entry process through CaFE. Wish these guys would reach some sort of agreement on formatting photos! 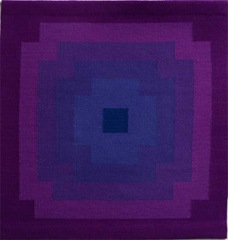 I entered three pieces into two different shows, after making sure there would be no overlap. It’s always interesting what gets accepted and what does not. The following two pieces were accepted into the CraftTexas 2010 exhibit. I had entered a piece into this show before with no luck. They require a résumé in addition to the usual artist statement. I have to admit, that I didn’t do much with either of those items that first time, and yet I was still disappointed when I was rejected! Imagine that! Above are the two pieces that were accepted this year.

Entering the following show was a comedy of errors. The week that the entry had to be submitted was the week that we had our record-breaking snow here in Texas. Snow of any kind is rare, but we had inches and inches at that time. I went to the photographer in the morning when the streets were fine, but by the time I got back to my neighborhood, I got stuck in the snow. With some guidance, I was able to make a wide circle and come down my street from another direction, and park in front of the house. I prepared the CD for mailing, but could not get out to mail it. Thankfully, on the deadline day, I was able to very slowly drive to the post office and mail the CD. For this show, Ancient Symbol and Journey were accepted.

2 thoughts on “Rejection and Acceptance”